Home » 5 Richest Casinos in the World

5 Richest Casinos in the World

Have you ever wondered just how much brick-and-mortar casinos make? With the lights and glamour of the Las Vegas Strip, it seems that these lavish resorts should rake in millions of dollars at a time. But a lot of people fail to account for the expenses involved in running such a massive operation.

After all, your average casino has a lot more than just a gaming floor. You have to look at the other entertainment areas, the dining hall, bars, security, hotel and so on. Only by looking at all of these factors do you get a real idea of the expenses these venues face.

Despite this, some casinos are still billion-dollar powerhouses. But which casinos are these? Well, below we have a look at the five richest casinos in the world. They probably aren’t located in the area you thought of first. 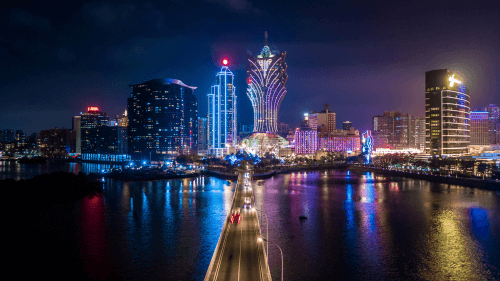 The Galaxy Macau may have cost nearly $2 billion to build but it has brought in revenue that has far exceeded this amount since it first opened in 2011. The casino resort is more than 5,900,000 square feet and has five different hotels located on the property. In this list of hotels is the Ritz-Carlton Macau and the JW Marriott.

Outside of gaming, the resort also features a wave pool with an artificial beach, a giant fountain known as the Fortune Diamond, a Wishing Crystals feature which activates when people come near and a laser show that plays every 15 minutes.

Although the casino has seen a bit of a decline in recent years, the SJM Grand Lisboa is still considered one of the best performing casinos in the world with regards to revenue. Since opening in 2008, the resort has racked in owners Sociedade de Turismo e Diversões de Macau billions.

The casino is probably known to be one of the most famous in Macau. Its odd architectural structure has made it a tourist destination for both gamblers and average travellers alike. 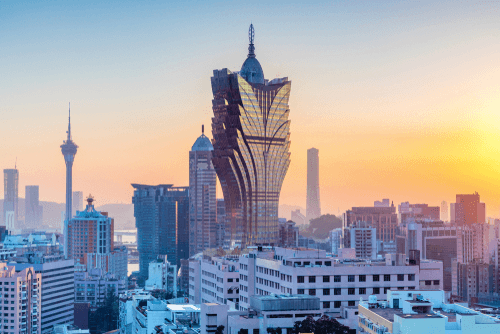 The City of Dreams is actually known to be one of the biggest casinos in the world. With 420,000 square feet in just gaming space, you are very likely to find a game to keep you occupied. Especially seeing as there are 450 gaming tables and 1514 machines.

Aside from gaming, there are more than 30 restaurants in the area, a nightclub and art exhibits available to keep you entertained at any time of day.

Owned by Wynn Resorts, the Wynn Macau opened in 2006 and features one of five hotels in Asia to have won the Forbes Five-Star award. Since its opening, Wynn Resorts have added to the establishment by adding an Encore boutique hotel, similar to that seen at their Las Vegas property.

As the other casinos included on this list, the Wynn Macau features many attractions. Some of the highlights include a light and fire show as well as a moon jellyfish aquarium you just need to see.

The Venetian Macao is the second largest casino in the world. Featuring an Italian theme, this casino just seems to invite players inside where they will have access to more than 6000 slot machines and 800 game tables.

There are hundreds of stores, restaurants and bars to visit along with a convention center than is able to hold massive events. Located across the City of Dreams, visiting the Venetian should be on any gambling tourist’s list.

Check out our other blogs: