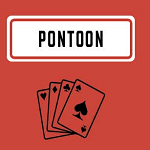 Pontoon is considered a variation of blackjack, while others just consider is a unique game. However, we owe the Aussies one for creating Pontoon by from the American blackjack game, Spanish 21. The game operates on the same principles that 21 or blackjack uses. Pontoon also comes in two variants which are called by various names. However, the main game is more popular worldwide. The aim of the card game is to have a hand of cards that does not exceed the value of 21. If the hand exceeds that value the player busts and loses. As with variants of any game there are some fundamental difference to this game. We will outline the differences between pontoon and blackjack. Not only will we look at gameplay differences, we examine how strategy and betting differs.

For those players who are already familiar with pontoon rules, we have listed the best casino sites with blackjack games including Pontoon for real money

Play Pontoon Online at US Casinos

How to Play the Pontoon Card Game

The card game also called Pontoon can be played against other players not the house or casino. Where there is no banker, first round of cards is dealt and when one player reaches 21 first, he/she becomes the banker. The banker reveals his one card and the other players make a play based on the banker’s exposed card. All players get two cards face up. Each player wants a hand that is higher than the banker’s but less than or equal; to 21. So that’s the main idea behind pontoon. 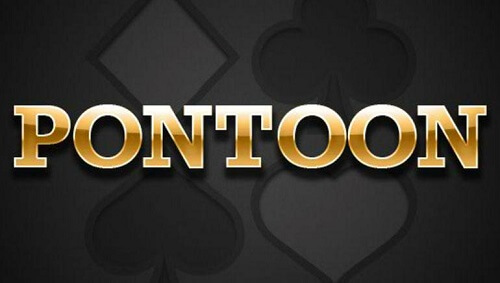 Players stay, that is do not request additional cards and remain in the game if they are happy with the total value of their cards. This option is often chosen by players with a high value that they are confident will win.

Players who still want to play and are not satisfied with the value of their hand. Players are allowed to Hit as many times as they like as long as they do not bust, that is go over the value of 21

If players are confident enough, they can double their wager, but they limit how many times they can hit after wards. They will only receive one additional card.

When a player gets two cards of the same value, say two sixes they have the option to split those two cards into different hands. Once they are split each card gets an additional hit and each hand must have a separate bet equal to the initial bet. The new hands that have been formed can play as any other hand. Players can stay, hit double down or even split again.