Iowa tribal casinos are set to continue a smoking ban in the hopes of reducing the risk of transmitting coronavirus between staff and players. Since the state’s tribal gaming properties reopened in June, smoking has not been allowed on the premises of these four venues.

Casinos that have reopened in most states, including Iowa, have a mandatory mask rule. In addition to wearing masks, visitors must remain at least six feet from each other. Industry commenters have stated that it is not possible to wear a mask while smoking a cigarette and that smokers may put those around them at risk when they exhale. 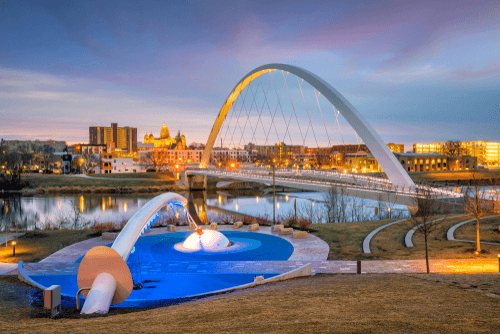 There has been some controversy over all of Iowa’s casinos deciding to go smoke free. In a survey performed by WinnaVegas Casino Resort last month, 17% of respondents stated that they would not visit the casino if it employed no smoking rules.

Iowa already has a state law called the Smokefree Air Act. It mandates that all public areas need to remain smoke free. Casinos were exempt from the bill but many other leisure venues weren’t, including restaurants and bars.

Unsurprisingly, the American Lung Association has taken the opportunity to push for a permanent ban on smoking in casinos too. American Lung Association advocacy director Kristina Hamilton has stated that some casinos may fear a drop in visitors. However, they indicated that this was not the case for bar owners and restaurants when the Smokefree Air Act was first implemented.

Other casinos around the country have also adopted smoking bans. In addition, some in New Jersey even going as far as to ban drinks on the gaming floor as well.

For more casino news, make sure to keep it here at BestUnitedStatesCasinos.com. We are the number one new source for all things gambling in the USA!