Fish Catch is a slot game that attempts to emulate the hobby of fishing while still giving you a chance to win cash prizes. Casino software developer Realtime Gaming (RTG) tried something new with this game as it really isn’t your standard 5×3 reel experience.

Rather than focusing on the traditional aspect of slots, the game’s whole concept is reminiscent of old carnival games that sees you trying to catch for a prize. This is literally what you do in Fish Catch but you compete against other players while you do so. The player who catches the most points wins the bet placed before the game is started.

If you are only familiar with more traditional slot games, Fish Catch may seem a bit odd and difficult to play. Well, it isn’t once you understand how it work but we will say that the game isn’t for everyone. 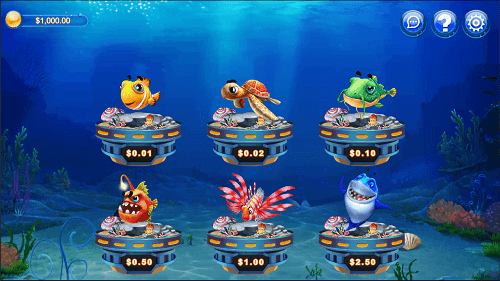 How to Play Fish Catch

We don’t even really think Fish Catch should be called a slot game. It is more of a competitive gambling video game. The gameplay experience can be summarized as you pick a lobby of players according to the size of the bet you would like to place. Then, you compete against three other players to catch the most fish in a given time limit.

So, for example, if you choose the strongest cannon against the weakest fish, you will get a lot of kills but probably won’t rack up a lot of points. So, the game is about luck, but also requires that you think strategically as you are playing against other players as opposed to a computer.

There is one real bonus “mode” in this game and that is the Mermaid’s Luck feature. It is triggered randomly and works with a roulette-like wheel. The wheel spins and a second multiplier (one other than that applied to your cannon) is applied to your catch. 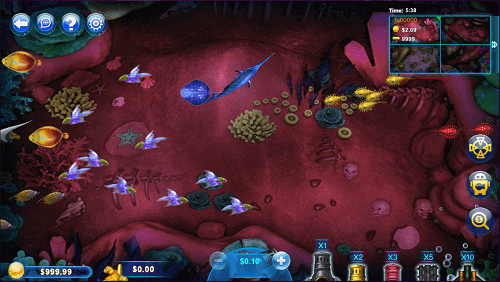 While graphics aren’t everything in a slot game, nobody really wants to see stick figures spinning across the reels. (Unless the theme purposely called it but usually that isn’t the case.)

We’ll say that while RTG didn’t do a bad job of illustrating this game, perhaps we have grown to expect a bit more from 3D experiences. We like the bright colors and the background, which do a good job of emulating the ocean floor.

However, we wish more attention was paid to the fish designs. Some of them seem a bit simple compared to the imagery seen in some other 3D slot games.

Fish Catch isn’t a real slot game, even if it has been categorized by some as such. It is more akin to playing a video game than playing a slot as the focus isn’t on being lucky. You need to think strategically too if you are going to win and this could turn off some people.

Overall, we like the game. It is not a traditional casino game and we think that makes a little bit more interesting. It is one of Realtime Gaming’s first forays into skill-based gambling. With current industry trends, we think that it is one of the first of many such games to come. So, it is for these reasons we have decided to rate Fish Catch four out of five gold stars.

Check out our other slot reviews: