As Las Vegas shows remain closed due to the pandemic, entertainment company Cirque du Soleil has filed for bankruptcy protection. After 36 years of dazzling guests on the Strip at multiple resorts, the company is facing a complete shutdown this year.

Reportedly, the company has been in financial trouble for a while, but the bans on public gatherings have pushed it to the edge. In a press release, the Montreal-based Cirque du Soleil Entertainment Group announced that it filed for protection from creditors. Under the Canadian Companies’ Creditors Arrangement Act (CCAA), the filing will be heard by a superior court.

Then, the group will file for Chapter 15 protection in the United States. In the US Bankruptcy Code, this filing is designed to “to foster a cooperative environment in international insolvencies.” 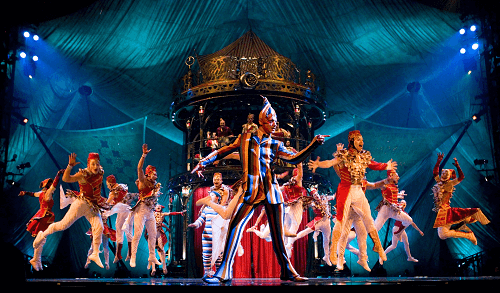 In March, all 44 Cirque du Soleil international shows got shut down, resulting in layoffs. At the time, the Cirque had 4700 staff and performers, 95% of which are now laid off. After over 30 years, the business could close for good as the pandemic spreads.

When the news hit, the company had several shows on the Strip waiting to resume when bans eased, including these shows:

But the coronavirus isn’t the root of the problem. When three equity firms bought the company in 2015, the dynamics changed for the worse. According to Scott Roeben, the “analytics-driven culture” of the new company led to creative issues and sucked “the souls from creative people.”

Based on the draws of Las Vegas resorts, shows make up a significant chunk of spending for visitors. Thus, casinos rely on marquee entertainment like Cirque du Soleil to bring in new guests. In a profile study by the Las Vegas Convention and Visitors Authority (LVCVA), one in two visitors said they’d seen a show on their trip.

While Nevada resorts slowly open their doors and get to grips with policies, shows will stay closed. This is because Governor Steve Sisolak is delaying the next phase after an uptick in new cases.