The Whospunit slot is a treat for fans of who enjoy whodunnit mystery solving stories. Betsoft seems to have taken inspiration from crime solving board games like Cluedo to create this slot. Whospunit really captures the players and has an extra interactive element which likely makes it more appealing. This 5 reel 30 payline is bound to have to entertain any US gambler who tries it out. We have reviewed the game to explore what the gameplay, bonus features are like. 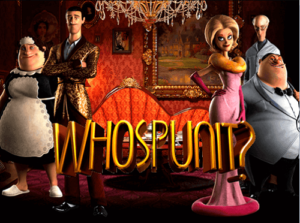 Whospunit is based on solving a murder mystery in a stately mansion.  Betsoft sets this slot storyline at a dinner party at the mansion with guests where a murder happens. The symbols in the online slot game comprise of the individual guests including a blond socialite and an old professor, the staff at the mansion and the feet of a corpse.

In the base game when all the characters the host, butler, housekeeper, a blonde vixen socialite, and an old professor appear together on the reels you get ten free spins. In this free spin round each character has an extra bonus and players can choose which bonus feature they would like to take advantage of. Throughout the game players collect gold stars while racing the clock. There is a five-minute timer at the top of the screen and they have to collect the stars before the time runs out. Each of the stars collected reveal different clues in the bonus round.

After the stars are collected, they reveal three bonus rounds in which clues are revealed. There are three bonus rounds each of which reveal, where the murder happened, what weapon was used and the third has a piece of evidence left by the suspect which can be used to identify the murderer.  After the gold star clue collection round there is another free spin round which gives players a chance to grab an evidence folder and interrogate a suspect.

Betsoft went above and beyond in this one of a kind online slot. The interactive element of Whospunit ensures that players are always entertained instead of just watching reels spinning. The only way to fully experience Whospunit is to actually play the game. Try out any of the to Betsoft casinos we recommend for US players 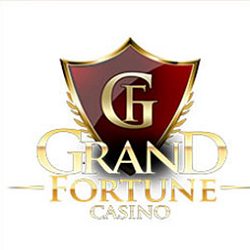