Home » Why is it called Craps?

Why is it called Craps?

Not many games have a long and interesting history as craps. It’s such an unusual name for a gambling game gambling. And many of our readers have wondered why it is called craps. Get ready as we dive into a little bit of a history lesson. Let’s find out how this dice game came to be popularly known as craps around the world. It has been reported to be of Roman origin. While others believe it was from the Arabs who played a game called “Al Dar” meaning dice in Arabic.

So how did it come to be called craps? Find out as we delve into the history and evolution of online craps and how it came to have such a quirky name.

Why Craps Is Craps?

Craps was not always known as craps. As we previously mentioned it is believed that it may have started as a game of Roman soldiers. Reportedly these soldiers would have used pig bones as dice. The more plausible theory is that it is a game of Arabic origin known as “Al Dar” meaning dice. However, as plausible that theory, it is not widely accepted.

The mainstream accepted theory for why it is called craps is that it was invented by Sir William of Tyre. Apparently, it was a game that surfaced during the Crusades and was named after a castle- Hazarth. Harzarth eventually evolved to Hazard.

The game made its way to France where it was widely popular among the locals. Craps was played in the streets with players hunched over street corners on the ground rolling dice and placing bets. This then led to people describing it as ” crapaud” which is a French word meaning a toad. They referred to them as toads because of the position in which they were hunched over. Apparently it made them look like toads squatting on the ground. Because of the French influence on places like New Orleans, the game eventually made its way to the rest of the USA. 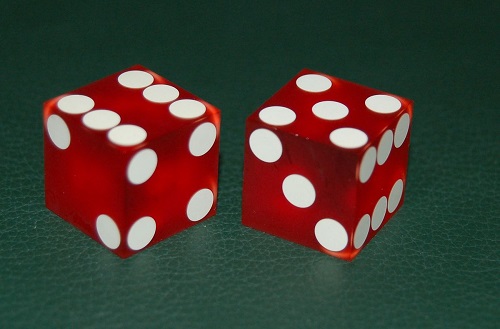 History of Craps Bets and How they Evolved Over the Years

The most popular bets in craps are don’t pass and pass that were invented by a dice maker in 1907. The dicemaker’s name was John when from Philadelphia. His invention came as a way to remedy casinos which were cheating by using unfair dice. And by creating a bet in which either outcome could be favourable for the casino or the player it forced the casinos to not rig the dice.

Over the years the measures against cheating are centered around independent regulatory bodies checking on the fairness of casino dice and craps tables. Furthermore, playing online is an added security because we fortunately now we have random number generating software which eliminates any cheating.