Home » What is the Easiest Way to Learn Craps?

What is the Easiest Way to Learn Craps?

As one of the most-played casino games on the internet, craps is a popular choice for many beginners. So, what’s the easiest way to learn craps and not feel embarrassed? Our experts have compiled a list of every resource you can use. 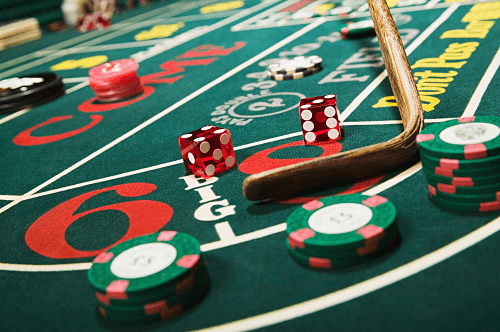 While you’re doing your research and testing out the game, we recommend paying attention to the wide variety of betting options. Since most craps players only take the wagers they know, you’re better off becoming familiar with the options.

Then, pay careful attention to the rules of the game and what happens when at each point. While the rules seem straightforward, you should know when something is going to happen on the table.

First, the shooter (designated player) will roll the dice and set the point number for the next few rounds. Then, when the point is established, you can place a roll bet on whether the shooter will throw the dice and get any number but the point, seven, or 11 (pass/don’t pass).

These are the other winning bets in craps you can choose from in the game:

One factor you should pay attention to is the house edge, which is the cut the casino takes on your wins. If you take true odds, it doesn’t apply, but you won’t always get your bet back that way when the shooter rolls.

If you’re more of a reader, we recommend looking up the most helpful books you can to learn. These are the top five books that pro players have suggested reading in the past: 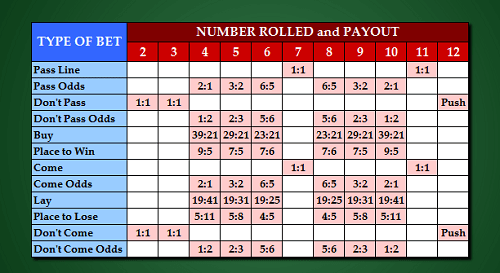 Believe it or not, some land-based casinos offer free classes to beginners who want to learn craps. Generally, these are offered either in the morning or afternoon before the rush hours when the tables are needed.

If you want to take a class, ask the casino concierge, dealer, pit boss, or help desk to get the times. When you’re signed up, the casino will hopefully have a group of beginners for the class. Since all of the tables are real, using actual chips and dice, you’ll get a feel for the game without spending money.

However, you should tip the teacher for their services at the end. After all, it’s just good manners to tip a few bucks for helpful service.

If you’re more of a watch and learn person, then the easiest way to learn craps is by watching players. While classes are all good and well, they’ll only feature the basics of the game, not the extra bets you can take.

Also, it’s a helpful way to understand the etiquette of the table, and the many superstitions people believe. After all, everybody wants as much luck as they can get to win their money back and make a profit.

Learn Craps by Playing for Free

If you’re more interested in online gaming, we recommend signing up for a casino account and playing demo games. Essentially, you play the virtual tables without other players, so you can make mistakes without judgment.

Plus, you can vary your odds, bets, stakes, and other tactics without breaking the casino’s rules. This is a handy way to figure out your limits and budget beforehand.