The City of Richmond Virginia Eliminates 3 of 6 Casino Proposals

Earlier in February 2021, the city pf Richmond in Virginia accepted 6 proposals for casinos. Six applicants originally put in their applications. They included federally recognized tribes and big gambling house like Bally Technologies amongst others. The city has already cut half of those applications and is still considering three. By the end of this process, Virginia may have its first casinos in the state. Currently the city and state only offer electronic gaming locations in addition to the state lottery. 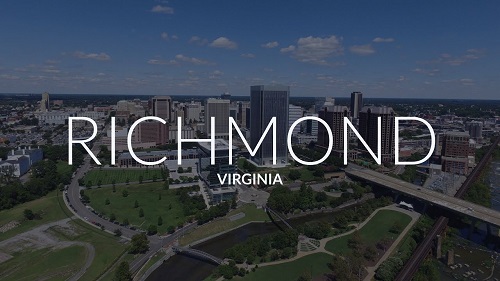 Casino Proposals Submitted to the City of Richmond

Bally’s proposal – The casino operating giant had a $650 million project proposal which they would build a $1.6 million 61 acre. The proposed location is near Richmond’s western border, north of Powhite Parkway and east of Chippenham Parkway. In this proposal the city gets a $100 million payment from Bally. They expected to generated over $400 million yearly in revenue. The city would benefit in nearly 2000 jobs and have over 3 million visitors annually. Bally’s proposal is backed by big names and they have collaborated with Warren Thompson and sports greats like Darrell Green, cornerback from the Washington Football Team.

The Cordish Cos., operates casinos in several locations including Baltimore, Philadelphia, Pittsburgh and Florida. Already they have an impressive history in developing projects from the ground up. They previously developed Norfolk’s Waterfront district. Their $600 million proposal comprise 300 rooms, a large 4,000-seat entertainment venue and other amenities. The casino is to be built on what is currently the Movieland movie theater property near The Diamond.

The Pamunkey tribe’s proposal -Tribe’s spokesman Jay Smith confirmed that the tribe’s proposal was a 100% minority owned casino on a 24.5-acre strip of land on the city’s South Side. The proposed project was a casino resort with a spa, pool, fitness center and several restaurants at a 300-room hotel. Projected cost was $350 million. The project was expected to create permanent employment for nearly 2,000 people and to generate revenue from an expected 4 to 5 million annual visitors.

Golden Nugget Hotels & Casinos, which had a 400 million proposal was unsuccessful in its application. They had planned to build a resort covering 950,000-sq-ft facility which would comprise 177 rooms, a casino, concert venue, event space and restaurants complete a pool complex with a lazy river and cabanas. They had project permanent jobs for about 1200 people in the city of Richmond. In their proposal they had pledged to donate a one off $60 million donation to Richmond public cool and $10 million to the city’s housing trust fund.

Wind Creek Hospitality known for managing casinos for the Poarch Band of Creek Indians, along with other gambling locations had an unsuccessful $541 million project which was to be developed on two separate pieces of land 46 acres in total in the city’s South Side. They had an ambitious 500 room hotel resort planned which would have a spa, entertainment center, restaurants and more amenities.

Of all the rejected applications the Pamunkey one was least expected. As a federally recognized tribe it would have been expected for them to get approved.