A Texas man has won the first million dollars from the Arkansas vaccine lottery. The state of Arkansas like a few other States used the prospect of winning the lottery to give its residents a push to get the vaccine. How did the Texan man win the lottery? Let’s find out here. You too may still have a chance to win some cool cash prizes in a few of the USA’s vaccine lotteries.

Gary Smith crossed the Stateline from Texas to Arkansas to get his Covid-19 vaccine shot and decided to play the Vaccine lottery. The state of Arkansas has been seeing very low turnout for vaccinations and they decided to add in the lottery, as an incentive for otherwise hesitant residents.

Smith is evidence of how a good gamble can pay off. He entered the lottery when he got his second shot and he had the opportunity to choose between two prizes. One prize was a $20 scratch card Ticket and the other a gift certificate worth $21 from the Arkansas Game and Fish Commission. Mr. Smith fortuitously chose a $20 scratch-off ticket which led him to win a cool million. 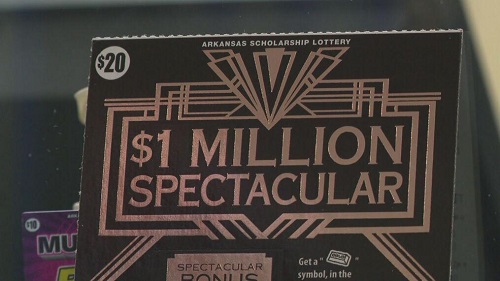 What’s Next for The Big Winner

It is heartwarming to see an ordinary person like Gary Smith who does so much for his community winning such a life-changing prize. Mr. Smith works with people with disabilities and he just recently got engaged. He plans to use his big win to pay off his bills that his paycheck wouldn’t normally cover. A dream wedding and honeymoon is also on the cards with his future wife.

Has The Vaccine Lottery Increased the Number of Vaccinated Residents?

Since the vaccine lottery was established more than 4,900 lottery tickets have been given out and just over 2,000 gift certificates from the Arkansas game and fish commission. Although the big prize has already been one, they are still more lodge prices and other reasonable cash prizes to be won. The spokeswoman for the Arkansas scholarship lottery confirmed that there is still a whooping $50000 to be worn and the ticket is yet to be claimed. Over 1,000 people have claimed prizes with $500 or less.

Well, you don’t have to go all the way to Arkansas to stand a chance to win and lottery prize for getting your waxing. Other States like Ohio California North Carolina Oregon Louisiana and Kentucky have also established their own vaccine lotteries to incentivize the residents in those States.