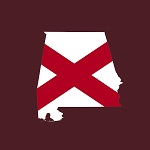 There are minimal casinos in Alabama, as the state is a conservative gambling state. The casinos in the Yellowhammer state are not as extravagant as casinos in popular gambling states. Players will find that that state offers basic gambling options. The gambling laws in the state are stringent, and there has been little change done do the laws or the legislative ban on gambling in Alabama. There are other American states with casinos and less restricted laws, one of them being Mississippi which borders Alabama.

The casino in Montgomery is located near the Montgomery Museum of Fine Art. The capital city only has one casino. The most popular city of the state, Birmingham, does not have a casino of its own the nearest casino on the city is located in Wetumpka which is only an hour away. Before heading down to the Yellowhammer state, have a look at our guide for safe gambling in casinos in Alabama.

Smoking Ban: There is no smoking ban in Alabama

Alabama Legal Gambling Age: 21 for casinos and 18 for lottery and racing 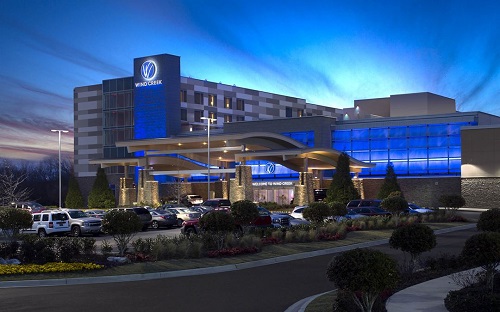 The gambling laws in Alabama do not permit any table games. As per the Alabama gambling history in 1901, the state defined gambling as “any game of financial gain that implies an element of chance.” This particular definition has been the reason behind the outlaw of popular casino games.  The only games that are allowed in the state include dog racing as well l as horse racing. These two gambling options are allowed in the state as they fall under the category of games of skills rather than games of chance.
The other gambling options that are available in the state include raffle games as well as bingo games. These two games fall under charitable gaming which is permitted in the state. However, charitable gaming in the state has to abide by the specific condition set out by lawmakers. Gambling laws in Alabama have some of the harshest penalties, which some penalties included jail time.

Casinos in Alabama have a combined total of 10 000 slot machines as well as 15 gaming tables. There are two race tracks where all the Pari-mutuel betting takes place.

Gambling online in Alabama is considered illegal. Lawmakers revert back to the gambling definition as a way to outlaw web-based gambling. The law currently does not ban players from playing online at regulated casino sites from other states. As it stands, no one has been charged online gambling. Lawmakers in the state are more concerned with dealing with illegal gambling rings rather than those taking part in their favorite casino games at regulated web-based casinos that accept US players from Alabama.

As we had mentioned before, Alabama is a rather conservative gambling state. Gambling in the state was officially outlawed in 1901. In 1971 lawmakers dubbed pari-mutual betting on horses and greyhounds legal in the state. The decision was based on a ruling with included voters. The voters hailed from cities that had a least 300 000 inhabitants. In the same year, the Alabama Racing Commission was also created.

In 1980 the Alabama constitution was amended to include charity gambling as legal in the state. This particular ruling was also as per the decision of the voters in the state. A few years later, the Indian Gaming Regulatory Act of 1988 was signed at a federal level. This allowed native tribes an influence in carving out gambling exclusions. This led to the Poarch Band of Creek Indians owning three casinos in Alabama.

Alabama’s charitable gaming law was passed in 1993. This led to half of the counties in Alabama offering bingo as per a local referendum.

There may be only three land-based casinos in Alabama; however, there is another gambling form player ought to know about. Carnival fantasy casino is a cruise ship that offers a number of gambling options in its casino. The ship departs from Mobile, Alabama, and makes its way to the Caribbean as well as the Panama canal. Guests can expect to find table games such as blackjack, roulette, poker, and dice.

More US States with Casinos