Trinity a small town in North Carolina has been hosting an illegal casino. Such crimes are hardly expected in small towns like this one with a population of just over 6,600. Speculation is that with a town like this where there isn’t much in terms of amusements, an illegal casino should not really come as a shock. Again, it should not be surprising that word quickly got around and the illegal casino ring was bust by the NC State Bureau of Investigation. The sheriff’s office in Randolph along with NCSBI discovered quite an operation at the otherwise ordinary building in Trinity. Arrests have started and will continue as the evidence continues to be examined. What really was going on at this gambling house? Let us walk you through what the police uncovered.

The NC State Bureau of Investigation together with deputies from the Randolph County Sheriff raided the illegal gambling house. The house’s only identifying mark was a sign on its exterior walls that reads 62 Blue Arcade. What they discovered there was surprising. The house simply known as 62 Blue Arcade was housing 25 slot machines and “fish” games tables. Along with gaming machines sheriffs Law enforcement confiscated an undisclosed amount of cash and several gambling records. 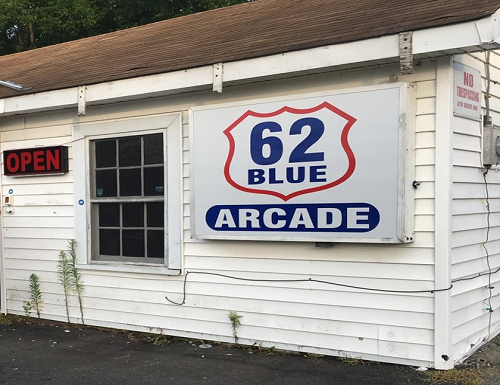 Besides the fact that word moves around like wildfire in a small town, law enforcement moved in on 62 Blue Arcade after receiving some tip offs. Apparently, residents had made numerous complaints to the local; sheriff’s office about the activity at the illegal gambling venue. Law enforcement will be making more arrests as soon as they go through all the records and all the evidence.

The consequences for this illegal; gambling venue in Trinity are likely to be severe. This is, mostly because North Carolina is quite a conservative state. Practically only three forms of gambling only are legal in the state namely Tribal; Indian casinos, lotteries and gambling to raise funds for charity. There are current talks to relax laws against gambling. Lawmakers in the state are considering allowing sports betting via the tribal casinos. We will wait and see if any of it pans out. Keep updated with our blogs for updates on this and other gambling news stories