A common question asked by US gamblers is American roulette vs European roulette: which is better? If you have ever visited one of the best casino sites in the United States, you will have noticed that both variations (along with French roulette) are available to you to play whenever you like. Often players aren’t fully aware of the differences between the two games. They see a wheel with red and black numbers and a ball, and they think it’s pretty much the same thing. But it really isn’t. 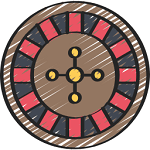 If you would like to find out more about the main differences between American and European roulette, make sure to read our guide down below. There we explain exactly how the two games differ even if they may seem so similar. We also then provide players in the USA with our recommendation for which game they should focus on playing. So, read on and find out all you need to know about these two popular variations of the game at US online casinos.

Differences between American and European Roulette

There are two main differences between European and American roulette that US players need to take note of when considering which of the two online roulette variations to play. These are as follows:

It is also important to note that both wheels make use of different number sequences. The American roulette wheel appears to take a counter-clockwise approach in relation to the European wheel. It must be noted that both wheels arrange numbers in such a way that they are evenly distributed in terms of colors and numbers. (So, there will never be a situation in which if the ball lands on the one side of the wheel it is more likely to land on an odd or even number, etc.)

As a general, based on this fact, many players tend towards playing European roulette, so they at the very least stand a better chance of winning bets – even if just even money bets.

As previously mentioned, if you’ve seen people playing American and European roulette games, you’ve probably thought that they were playing the same game. This is because the rules of both games are pretty much the same but do involve a few minor differences that players do need to keep in mind.

There are two rules in European roulette that aren’t present in American roulette and they are as follows:

American roulette features bets that aren’t available in European roulette. One such example is the five-number bet, which allows players to place a bet on the 00, 0, 1, 2 and 3 numbers. These bets offer big payouts but are quite risky.

Ultimately, the real thing people want to know from a European vs American roulette discussion is which of the two games they should focus on playing. Well, the answer to this question is reliant on a player’s own personal preference.

We’ll say that statistically European roulette is the better game to play because players naturally face a lower house edge but if you are interested in making the fun bets made available to you in American roulette go for it. The objective of playing a gambling game is to have fun. If you are not having fun, there is no reason to play the game no matter what odds you face.

Check out our other roulette guides: