Home » Nebraska Votes in Expanded Gambling in the State

Nebraska Votes in Expanded Gambling in the State

The US Election 2020 results had good news for all Nebraska gamblers. The Corn Husker State is finally going to get casino-style gambling at its horse racing tracks. It’s been a long road since the beginning of the year when senator Justin Wayne filed a bill that would soon lead to the recent vote. Initially at the beginning of the year a sports betting bill which would open up the gambling industry to commercial casinos was favorable received. We did predict that the success of the sports betting bill would mean that other forms of gambling in the state would soon find their way there. 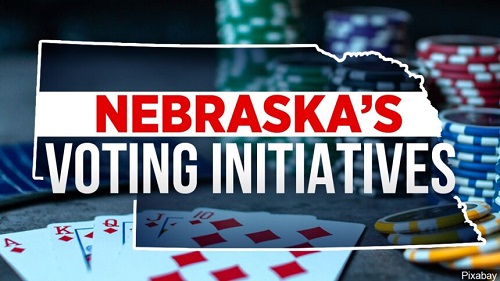 On the 3rd of November, along with voting for the country’s next president and state leaders Nebraskans had the chance to decide whether they would like casino gambling in the state. With this vote they decided that the state would allow classic casino table games along with slot machines. In addition to opening the way for slot machines and classic casinos in Nebraska, the constitution will also be updated with laws to oversee and tax casino gaming.

There was an overwhelming 2 to 1 margin in favor of full expansion of the scope of casino gaming in Nebraska.

The Reaction to the Nebraska Vote on Gambling

Which is a fair point, considering that many have lost their jobs due to the covid-19 pandemic. Moreover, the tax from illegal casino gaming bull greatly assist to boost the state’s first. Because whether we like it or not people gamble and the more it is criminalized the more that illegal gambling increases and the government loses out on potential tax revenue.

For related posts follow our blog which has the latest casino news and casino games tips.