As the shortened 60-game MLB season starts up, the league is facing more troubles than expected. In the latest reports, the Miami Marlins and the Cincinnati Reds both have infected players. Reportedly, the Marlins have 13 cases, while the Reds have two players out of action with the virus.

These infections have led to cancellations for upcoming games on Monday and Tuesday, with more expected to follow. Since the Philadelphia Phillies hosted the Marlins over the weekend, their game against the New York Yankees was one of the first to get canceled.

While the Marlins are in quarantine, the Baltimore Orioles are now at home for a few rest days. Meanwhile, Major League Baseball is hoping that the Phillies didn’t get infected on the road or by the Marlins. 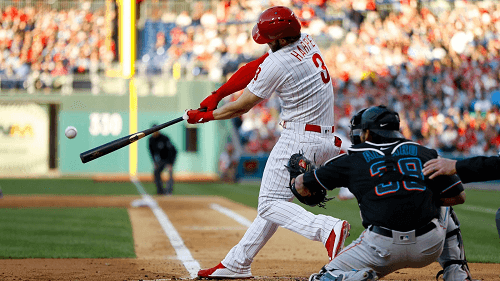 Since Florida has some of the highest infection rates, the team’s infection numbers aren’t a surprise. However, most of the players are asymptomatic, which could have spread the virus further if they’d played on Monday. Of course, there’s only so much you can do to reduce the spread, and the MLB is definitely making an effort there.

When the MLB season started back up, players were advised to quarantine at home when they’re not at the ballparks. And, strict social distancing measures are in full force for all games and practices. But, it doesn’t seem to be enough to contain the spread between teams within the first few days of play.

While a plan is approved, the shortfalls are already evident after this weekend’s games.

Before the MLB season could start again, team owners and players had to agree to a plan to get back in the game. But, troubles began almost instantly when team owners disagreed with the Player’s Association about salaries.

Over three months, the MLB and MLBPA were locked in heated arguments that nearly ended the regular-season altogether. Of course, things changed, but it was touch-and-go for a while there as both sides stood firm on the issues.

Still, the pandemic isn’t ending any time soon, and more infections are expected as the United States struggles to respond to the crisis.

Keep visiting our site for more updates and other news!