Lightning does not strike the same place but one lucky South Carolina man found himself winning two lottery prices in under 2 weeks. His first prize was on the 16th of July and his next mega jackpot was on the 27th of July. Both tickets were purchased at the same station. So maybe that station is lucky then? We expect that a lot of lottery players may be flocking to that particular gas station. Are you curious about what the lucky winners tactics were or maybe you too would like to go to that same gas station where he bought his ticket? Follow along as we go into more detail about this extraordinary story. 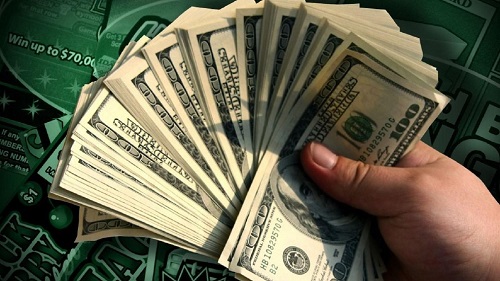 We rarely hear of winners that are lucky enough to win the lottery more than once or twice. So for this man to have won two huge cash prizes in 11 days is a big deal. The winner got his ticket from the Murphy USA gas station in Myrtle Beach on the 16th of July and he won a whopping for $40, 000. On the 27th of July, he was back at Myrtle beach at the Murphy USA gas station where he bought another ticket which then won him – wait for it- a staggering $3,000,000!

It seems 2021 was a luckier year than usual because another lucky Idaho lottery player won twice. Earlier this year in February an Idaho woman won a total of $500,000 within two days. The woman identified as Orlene Peterson first won $200,000 from a lottery ticket towards the end of January this year. As if that wasn’t good enough the next day, she won another $300,000 dollars in the lottery. Maybe the lottery does have a lucky streak and is not completely random. Who knows? Whatever the reason is for these incredibly lucky winners it sure does give us hope that any one of us could be the next big winner.

Could You Be Next Double Lottery Winner?

If you enjoy lottery-style games you can sign up to play online at any of the top USA online casinos that we recommend. You can enjoy games like keno, bingo and scratch cards and win instantly online.

Alternatively, if you’d like to find out more about the different American online lotteries you can look through our various American lottery guides for US players.