Last week, Kambi Group PLC announced a sportsbook deal with the Pokagon Band of Potawatomi Indians for their three casinos. While financial details of the deal remain private, we know that Kambi won a bid with the tribe to offer self-service kiosks and mobile betting.

In a statement, Four Winds Senior Vice President Frank Kennedy said that the company is “excited to partner with Kambi to bring sports betting” to their three casinos. Also, he revealed that the sports betting options will be announced soon.

So, what does this mean for Michigan bettors for now? Reportedly, there will be mobile betting in a “Bring-Your-Own-Device” program that will eventually go statewide. 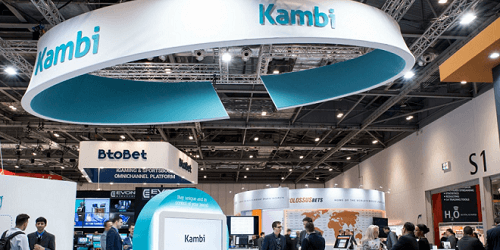 This is not the first deal for Kambi, as it has already partnered with the Seneca Gaming Corp to offer sports betting in New York. And, they’ve partnered with Mohegan Gaming ahead of Connecticut legalizing sports betting. So, the Michigan tribal deal will be the third deal in a year for the Malta-based company.

CEO Kristian Nylen of Kambi has stated that the company is excited to support Four Winds as it meets its online and on-property ambitions. But, what’s next for the company and states with legalized sports gambling?

Next Up: Indiana Tribal Sportsbooks

Reportedly, Kambi is aiming for another deal with the Pokagon Band at their Indiana casino. However, the Potawatomi don’t have a gaming compact in the state that would allow it to have a sportsbook.

While negotiations are ongoing, the earliest date for the Class III gaming compact is 2021 because it needs ratification by the legislature. Still, Indiana has already passed sports betting laws, so there’s a possibility for Kambi.

So far, 18 states have legalized sports betting, with six more debating it, including:

But, don’t expect a speedy delivery, we’re still facing an election in November.