Home » How Often Do You Get a Royal Flush in Video Poker?

How Often Do You Get a Royal Flush in Video Poker?

A lot of players have never seen a high-ranking hand in a video poker game before. If you are one such player, it is natural to wonder how often hands like a Royal Flush come up in games.

Is a Royal Flush in a game of video poker a dream worth waiting for?

Well, let’s explore this concept by looking at few truths. 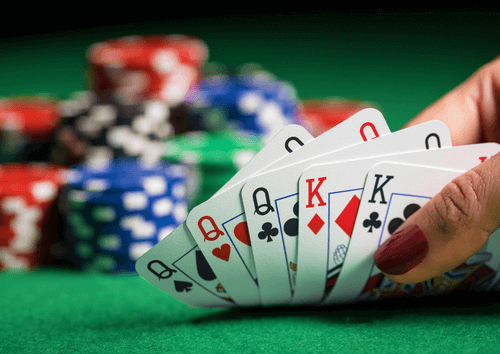 Your Probability of Getting a Royal Flush is…

Around 1 in 40,000, depending on the variation of the game you are playing. This does not mean that you need to play 40,000 hands before you see a Royal Flush. Instead, it means that the odds of you seeing the hand are 1 in 40,000 for every hand you play.

Higher ranking hands are hard to get. Even in regular poker, a Royal Flush isn’t a hand that comes up often.

A lot of players are beguiled by films and television where the hand seems to come up often. However, often this is a plot ploy to build tension. After all, a showdown featuring a pair and a high card hand doesn’t build up the same type of tension.

Your Odds of Getting a Royal Flush Vary Marginally Per Variation

There are some games where it is SLIGHTLY easier to get a Royal Flush. Usually, these are games based on Deuces Wild, where there is a wild card in play.

This difference is so small that you shouldn’t approach either of these two games with the idea that you have a greater chance of getting a Royal Flush. Quite simply, you still have to work with the idea of 1 in 40,000.

Many players tend to think that a video poker game is rigged because they have never received a Royal Flush. However, this is untrue.

You always have to remember that you are playing a gambling game. This means you have a chance to win or lose. You are never guaranteed a win, especially a win that pays out handsomely.

Casinos aren’t in the business of giving out free money. So, of course, hands that payout a lot of money will come up less frequently. Not only would the game be less thrilling if they came up all the time, but there would also be very few casinos left in business.

So, if you are going to play video poker, you have to play it with the idea that you aren’t going to get the Royal Flush. That way, you won’t be disappointed if it doesn’t happen. You’ll also be very excited if it does happen!