There was a lot of excitement when it was first announced that then-Oakland Raiders would be moving to Nevada. Vegas had long wanted a sports team, and they got one in the Vegas Golden Knight in 2018. But a new NHL team wasn’t enough. So, enter the Las Vegas Raiders following a deal with the National Football League.

A lot of preparations were made this move, including the construction of the 65,000-seat Allegiant Stadium near the Las Vegas Strip. It seems that the team will be opening their new stadium this season with no fans as the COVID19 pandemic continues to ravage Nevada.

The announcement that the Raiders would be playing through the season without any fans was made on Monday. The team cited their “commitment to protect the health of our fans and the entire community” as the reason for the decision. Any person who bought a season ticket will be able to apply for a full refund or purchase a ticket for the 2021 season. 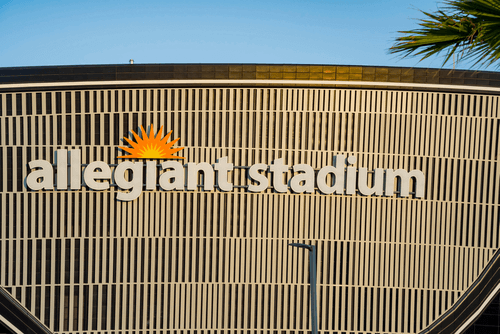 The Las Vegas Raiders decision to go through the season without fans in attendance is another blow to Nevada’s struggling economy. Casinos and hotels in Southern Nevada helped fund the new stadium in the hopes that it would lead to future returns. That is,  in the way of visitors booking rooms to attend NFL games, concerts and the like.

However, with the pandemic has basically assured all parties invested in the stadium will lose about $620 million in total from the single year that it remains empty.

The continuation of sports has raised stark debate around the country. Arguments for restarting leagues include the economic stake involved with running them. Furthermore, they have proven to be a necessary distraction in a time of stress.

But detractors state that the costs could far outweigh the benefits. Moreover, they raised concerns that there is no way of ensuring that games remain COVID-free. Many have pointed to the MLB, which has had to postpone games. The decision came after much of the Miami Marlins squad tested positive for the virus.

Currently, more than 45 players have opted out of the season this year. The list includes some high-profile players, such as Dont’a Hightower of the New England Patriots. How exactly the NFL season will go down this year remains to be seen.

For more on the latest casino and gambling news, make sure to keep it here at BestUnitedStatesCasinos.com.

Check out our other blog posts: