Circus Circus casino has been approved for sale to the billionaire Phil Ruffin. Circus Circus casino which has been owned by MGM Resorts International will soon be in the hands of Ruffin. The Nevada gaming commission has given the green light for this purchase which means that Circus circus will soon be undergoing some changes. It’s in the gambling industry in Las Vegas is constantly rearranging with so many casinos exchanging hands or being purchased by new or old casino operators. It is unclear at the moment why MGM is getting rid of Circus Circus. However, this is not the only casino that MGM has got rid of in the recent times. Find out what possible reasons they are for selling the casinos and more about its soon-to-be new owner bill Phil Ruffin.

About the Billionaire Who Acquired Circus Circus Casino

Phil Ruffin is a business man full in his extensive portfolio also owns Treasure Island hotel and casino has managed to Scoop up Circus Circus casino. Nevada gaming commission approved the sale of the casino to feel rough in just over a week ago on the 19th of December 2019. The process to acquire the casino has been relatively fast-moving seeing as the deal was first announced back in October 2019. So, it took less than 3 months to get this mega deal done. 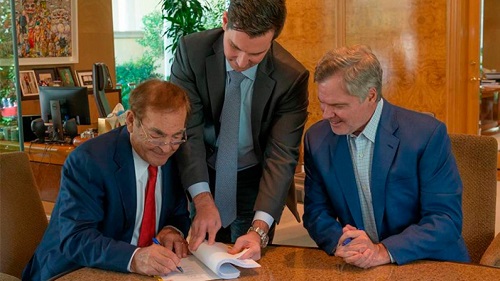 In addition to Circus Circus casino Phil Ruffin is also going to purchase the Las Vegas festival grounds which is 40 acres of Prime Estate used for concerts conferences conventions and many other events. This is likely to boost whatever Ventures they would like to go into with Circus Circus casino.

It seems MGM Resorts International is trying to trim down its commitments and responsibilities. Fortunately for them they are making a profit in the process. Many a time when we see big casino operators selling off casinos in the chain it usually is for a lost. However, MGM managed to sell Circus Circus for 825 million when it only cost him 15 million dollars to build their casino back in 1968. Granted that was a few decades ago and many things have changed since then however equating it to today’s economy 15 million dollars would be the equivalent of just over 110 million dollars. Which would mean they manage to sell it for eight times the value they belted for not bad at all.

We will be keeping tabs on any more developments surrounding Phil Ruffin and his new acquisition of Circus Circus casino period keep updated with us casino stories and news by following our blogs.